Broad social and demographic changes are affecting many aspects of American society, and fish and wildlife management is no exception. Changing wildlife values among Americans, increased technology use, decreased connection to nature, trends of declining hunting participation overall, and declining fishing participation in numerous states are some of the more immediate changes impacting state fish and wildlife agencies. These challenges have inspired agencies to broaden their programs and to seek alternative sources of funding. While hunting and fishing license dollars, in conjunction with excise taxes on hunting and fishing equipment, have historically made up the primary means of financial support for most agencies, the conservation and management efforts of agencies benefit all citizens, not just hunters and anglers. Agencies are not only looking to emphasize how their efforts are relevant to the public at-large, but also how they can expand their programs to connect all citizens to wildlife and conservation. As a result, there is a growing interest in measuring the attitudes of the general population, including non-hunters and non-anglers, with regard to their awareness and understanding of the work of their state fish and wildlife agency and its value to their daily lives.

Over the past three decades, Responsive Management has assisted fish and wildlife agencies in obtaining additional and alternative funding. Understanding public attitudes and values and ensuring that both the agency and the public understand how the agency's efforts are relevant to the public is key to broadening agency funding and increasing public support. Responsive Management's research provides agencies with this knowledge and understanding to be able to move forward with seeking and establishing new funding sources. In an early example from the 1990s, Responsive Management conducted research for the Arkansas Game and Fish Commission to measure support for a one-eighth of one percent Conservation Sales Tax to be distributed to Parks and Tourism, the Game and Fish Commission, and the Department of Heritage. The research showed that the alternative funding would be a viable option among the public, and the tax was ultimately passed. This act has resulted in millions of dollars for expanded conservation efforts and conservation relevancy to broadened constituencies in the state. In a more recent example from 2015, Responsive Management conducted surveys of Vermont residents, hunters, and anglers for the Vermont Fish and Wildlife Department on issues pertaining to the intersection of land use and the management of fish and wildlife. The study provided important insight for the Department moving forward to implement the Vermont Habitat Stamp, a voluntary mechanism to fund conservation.

This year, Oregon's 80th Legislative Assembly passed House Bill 2829, and it was signed into law on July 16, 2019. The legislation creates the Oregon Conservation and Recreation Fund, which is dedicated to conserving, protecting, maintaining, and enhancing fish and wildlife resources in Oregon through the Oregon Department of Fish and Wildlife's (ODFW or Department) efforts. The legislation also establishes the Oregon Conservation and Recreation Advisory Committee to advise the Department regarding use of the Fund and appropriates $1 million to the Fund after the Department matches with at least $1 million from non-state and non-federal sources. While expenditures of the funds are subject to committee approval, the Department aspires to use the funds to broaden, expand, and create opportunities for such endeavors as large-scale science community projects, enhanced wildlife watching resources on Wildlife Management Areas (WMAs), and tracking and collecting data on many additional wildlife species, including birds, bats, reptiles, and amphibians.

"I didn't get a chance to publicly thank you [Responsive Management].
I had the privilege of chairing the legislative task force to find
alternative funding for ODFW. I want to tell you that the survey
information that you did was crucial in providing input to the
legislature that helped us get this bill passed. We've got a million
dollars from the legislature; we've got to raise another million
dollars. I just want you to know that your information is important
and it does produce results, so thank you for that."
~Oregon Department of Fish and Wildlife Commissioner Mark Labhart

The journey to establishing this new funding source for fish and wildlife management officially began in 2015 with the Legislature directing the formation of a task force to address unfunded and increasing costs of conservation and related outdoor recreation and education for ODFW. In 2016, Responsive Management conducted a study for the Oregon Legislative Task Force on Funding for Fish, Wildlife, and Related Outdoor Recreation and Education to determine Oregon residents' attitudes toward wildlife and wildlife-related funding, as well as their knowledge of and opinions on ODFW and its efforts. The study entailed a scientific telephone survey of Oregon residents, with landlines and cell
phones.

The results of the research provided the foundation that the task force needed to advocate for additional and alternative funding based on public needs, approval, and support. "The agency is really grateful for the help of Responsive Management, noted Davia Palmeri, Conservation Policy Coordinator for ODFW. "Their research helped us better understand Oregonians' attitudes toward fish and wildlife resources. The results of the research assisted with demonstrating to the Legislature how the agency's work is relevant to all Oregonians, not just hunters and anglers."

A few basic findings from Responsive Management's study affirm the importance of wildlife and their habitat to Oregon residents. The top two ranked values among residents are knowing that healthy fish and wildlife populations exist in Oregon and that Oregon's water resources are safe and well protected. The survey also measured knowledge and satisfaction with the protection and management of fish, wildlife, and habitat in Oregon in general and found that satisfaction (61% of residents were satisfied) well exceeded dissatisfaction (18%). Finally, questions about Department funding found that 53% of respondents thought the Department was funded by taxes in general, while only 30% named hunting and fishing licenses. After being informed that only 9% of the Department's funding at the time came from general state tax revenues, 41% of residents believed this to be too little funding for the Department and its efforts.

In addition to exploring knowledge and impressions of the Oregon Department of Fish and Wildlife, the survey examined opinions related to the protection of fish, wildlife, and habitat; satisfaction with the Department overall; opinions on Department priorities; knowledge of Department funding; and information sources about fish, wildlife, recreation, and conservation. The research also explored respondents' participation in outdoor recreation, including any constraints experienced. The results included extensive crosstabulations on diverse groups to fully understand public opinion among different audiences. The full report of survey findings can be accessed here. 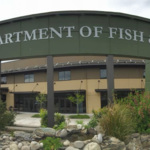